We were kids in the 70’s and 80’s, the cold war was coming to an end then but the tech. of that era stayed with me. I was into making scale models of military planes then and one of the most exotic and outrageously expensive planes the US developed to spy on the Russians was Lockheed’s supersonic spy plane the SR 71 Blackbird. It was so bad-ass! I just feel it has to be printed…

The project is now complete and you can download the whole set along with some tester prints at: https://pinshape.com/items/32190-3d-printed-sr71-blackbird-complete-print

Scroll down and brace yourself for full-on 3D printing nerdyness!

At first I had a go at modelling one from 2D reference pictures online but then found a really good 3D model by Chris Shakal on GrabCAD. He’s an aeronautics engineer and superb CAD modeller too, so after getting his permission to base a future S&T product on his 3D model, I got started on chopping his model up to make it printable.

I wanted to make a large scale model for display but be something functional too, I went for 1/35th scale as it is what Tamiya uses and what I used to build. A Blackbird at that scale would be awesome! Most importantly it had to be printable within one or two days and not use too much material, which means single wall printing which is tricky because I’ve since discovered that different slicing software can interpret my 3D data differently. I’ve had many failed prints because a single skin layer is just 0.42mm thick, there’s little room for error but I’ve learned a lot about 3D printing since. Each component has to fit within the volume of our Ultimaker Original which is about 200mm x 200mm x 200mm, not huge. The parts have be designed to glue together neatly too. I’m being my own little Tamiya design department here! 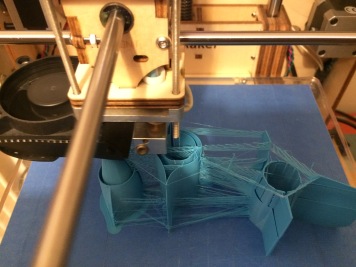 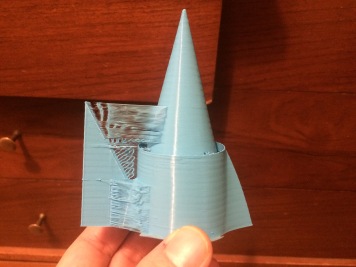 After a load of test prints that came out very ugly I drew up my do’s and don’ts list. I found ways to avoid ‘stringing’ which is where the molten plastic oozes out while the nozzle is traveling to another part of the job, which you can see here. Eventually I perfected single wall printing with transparent PLA plastic (a vegetable based bio-degradable plastic) a lightweight and economical print is the key to this project. I was actually inspired by the guys at 3D Labprint who sell printable radio controlled planes made in this way – https://3dlabprint.com/  I bought an ME109 fighter file set and studied how they get their  3D printer to do their bidding so beautifully.

Eventually I found the secret was to do lots of calibration prints with varying dimensions and just see which works best. A bit of extra effort noting everything down when things go horribly wrong pays off too. 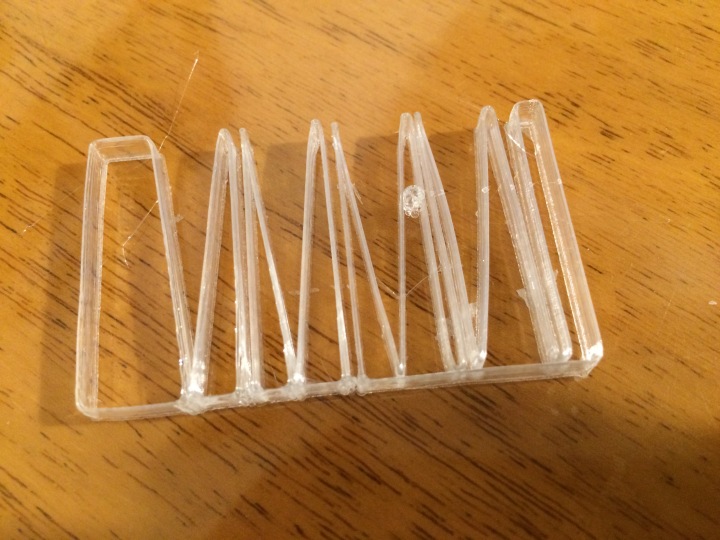 After spending much of the Christmas holidays on this, Lockheed’s Blackbird is being brought back into production, this time in Paris!!! (as a scale model lamp albeit…) 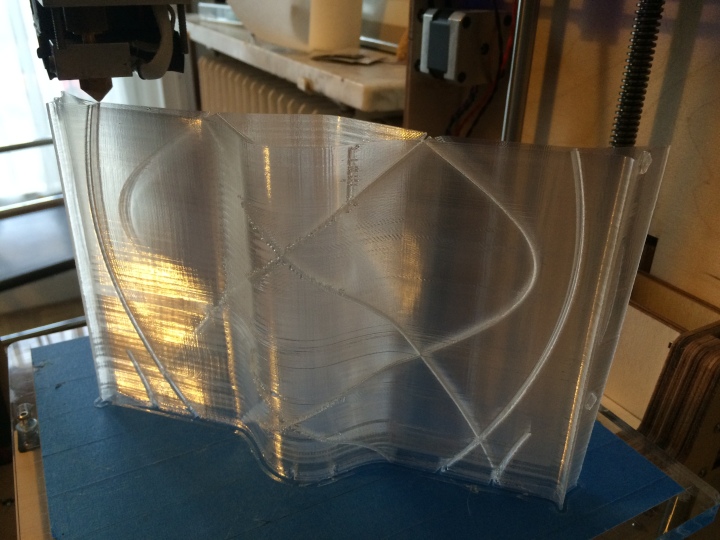 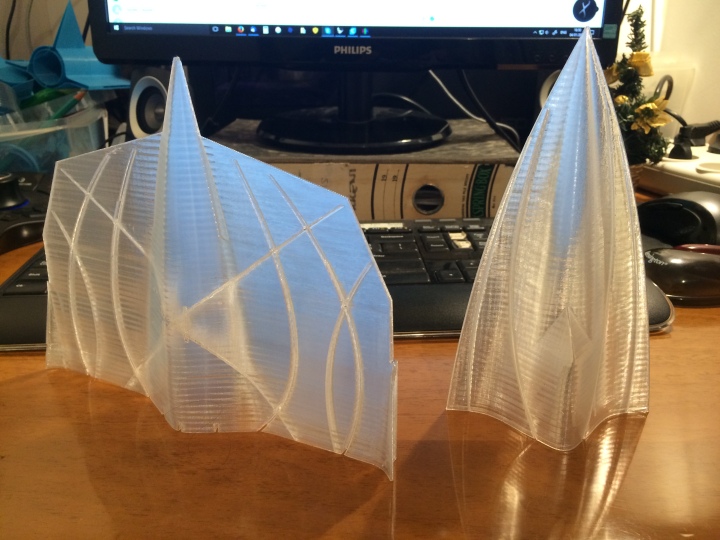 After seeing the texture and character of transparent PLA I decided to make a lamp, the cold war era spy plane bedside lamp I’ve been waiting for… 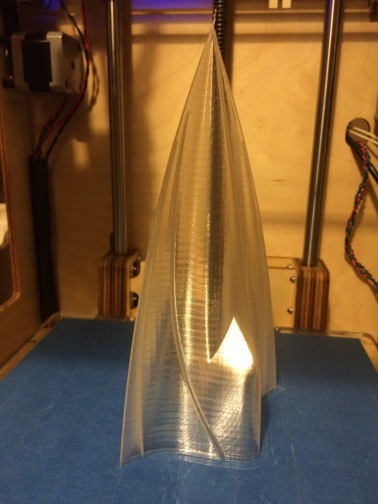 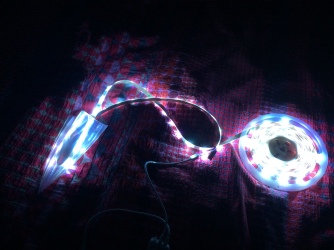 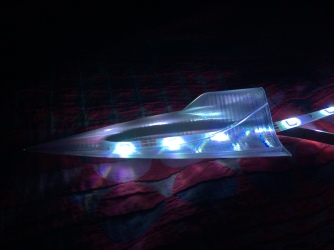 Transparent 3D printed parts and low power-high intensity LED lights are a marriage made in heaven. I can see many possibilities here for some incredible 3D printed lamp designs. Up close, the effect is unexpected. The white LED light is diffracted by the fine texture of the printed part back into Red/Green/Blue which makes the nosecone look like a bio-luminescent deep sea creature. Nice!

This little project has been so much fun and taken me right back to my happy childhood making model airplane kits, but this time I own the factory ha ha ha!

The second prototype is finished with no massive issues. At 1/35th scale, the final length is just under 1 meter long! but weighs only 440 grams (inclusive of lights inside). Still working on fine details to make assembly super easy as we want it to be a really fun and rewarding project for kids and their parents to do together. No special tools or much skill were needed except some super glue and a 3D printer of course! Some simple soldering was required but small electrical connector blocks should also work. 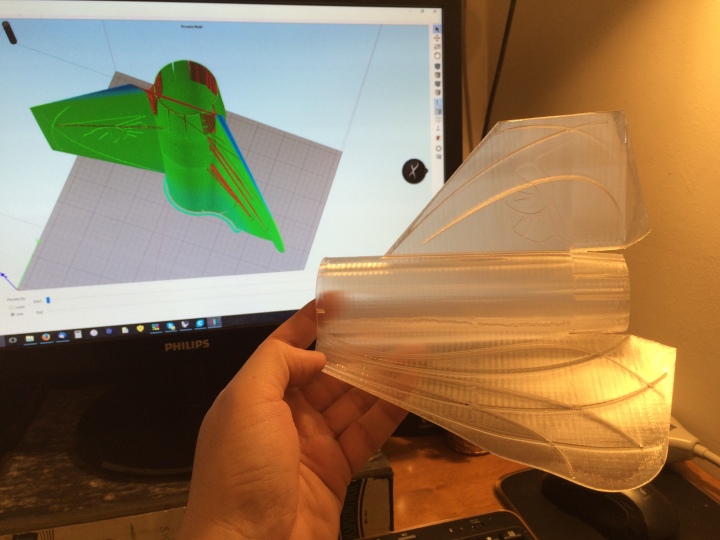 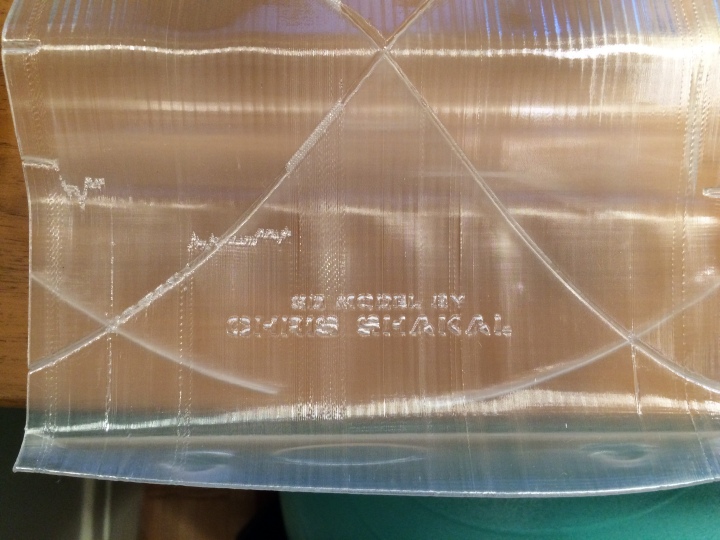 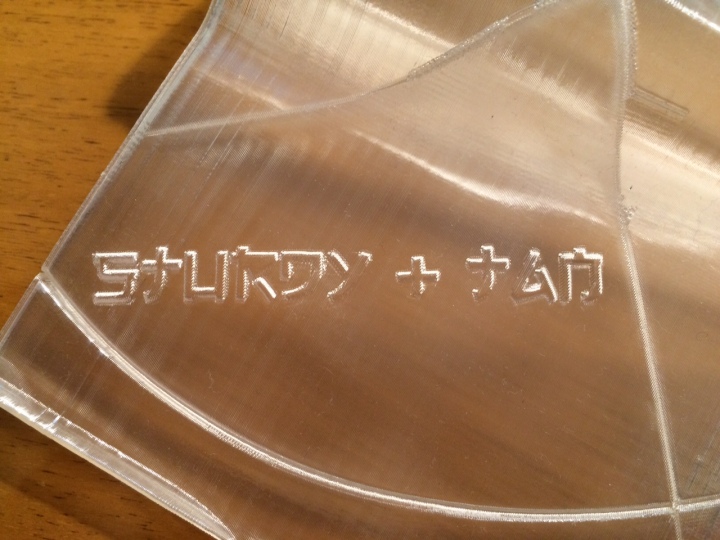 The LED ribbon/strip lighting unit is inexpensive and easy to find online or in hardware stores and comes with a little remote control to set different colours and intensities including bright white so the Blackbird can be used as a practical lamp too, flashing and fade programmes are also included. I had a lot of fun playing around with it, changing colours and fade settings to get the great pictures of the finished prototype below. 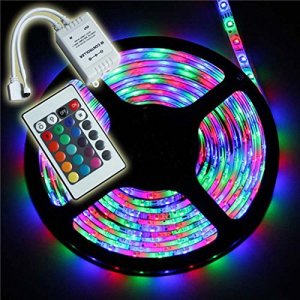 If you are interested in making this awesome and inexpensive lamp, leave a comment below. If we get enough interest we will develop it further as a complete 3D printable kit including assembly instructions and all the digital files needed for your 3D printer, we’ll even post a set of LED lights already wired if required. I also plan to include landing gear, and a display stand and ceiling hanging mounts so there will be several ways to show off your work.

Big props to Chris Shakal for the awesome 3D base model of the Blackbird. As I had hoped, the lighting effect created by the interplay between LEDs and the textured 3D printed skin is pretty sick! Tell us if you want one in the comments below… I wonder what the original designers of this very serious 1950’s spy plane would say about this?

Just finished an awesome display stand for the SR71 sculpture. The irony has finally hit me, billions of dollars was spent making this spy-plane invisible to everybody but here it is 60 years later, glowing in the darkness for all to see.

I decided to carry the psychedelic vibe over into the stand design too, LEDs can be mounted inside the stand for an additional atmospheric effect. I also developed the internal support structure that creates a form that says ‘supersonic speed’. I tried to do this by creating compressed ‘sound waves’ that emanate from the engines and meet at the leading edge where during flight, a sonic boom would occur I think… (in my imagination:)

Functionally, the stand will house the electronics and wiring. Assembling all the components for the LEDs will now be much easier and neater with this latest design that includes helpful location studs and markers on each part that will help greatly with assembly, the stand itself is a single print that needs no assembly. However, as it needs to be a big and stable base and thus my design actually takes up the entire printer bed! Maxing out the Ultimaker’s 200mm x 200m capacity and demands an 18 hour print! It’s going to be a real test of everything I’ve learned about designing a successful 3D printed object…

I’ve also been in touch with Chris Shakal lately, he’s the guy who’s base CAD model we are using. He’s super excited to be the first person to try printing a true production version of this lamp. Good luck Chris!

I have generated some digital renderings initially, to visualise the new stand before committing to that monster print! 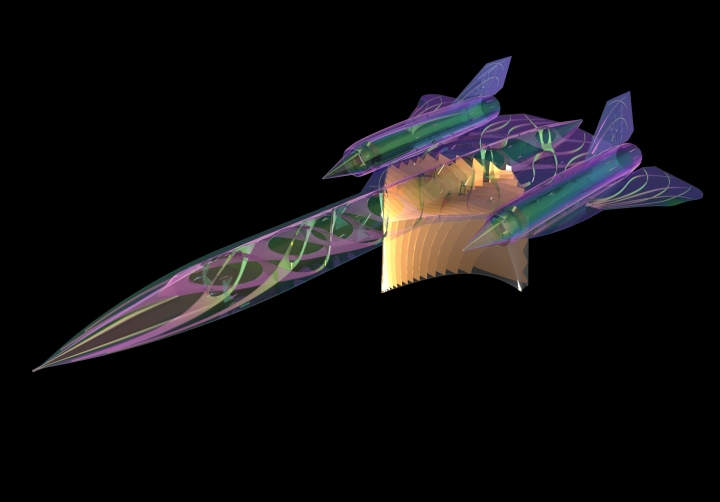 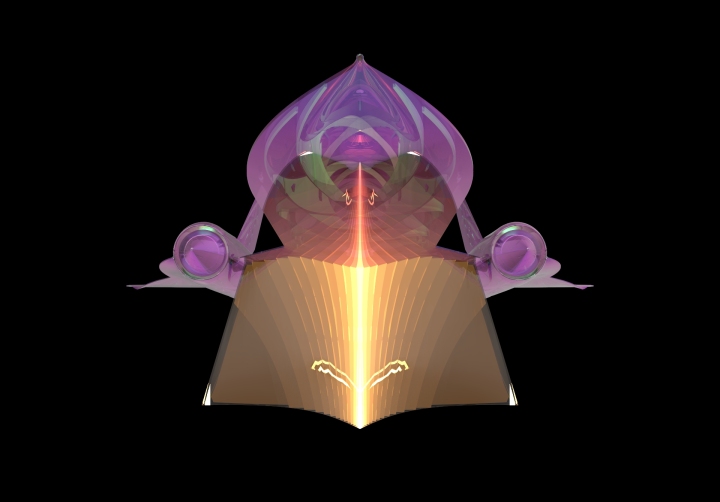 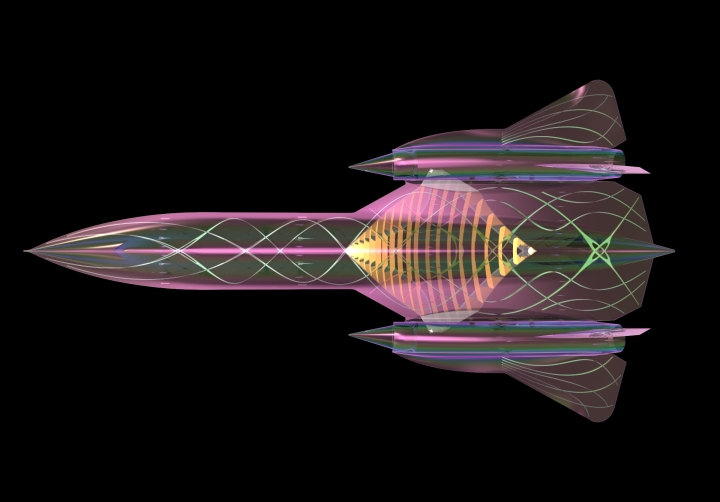 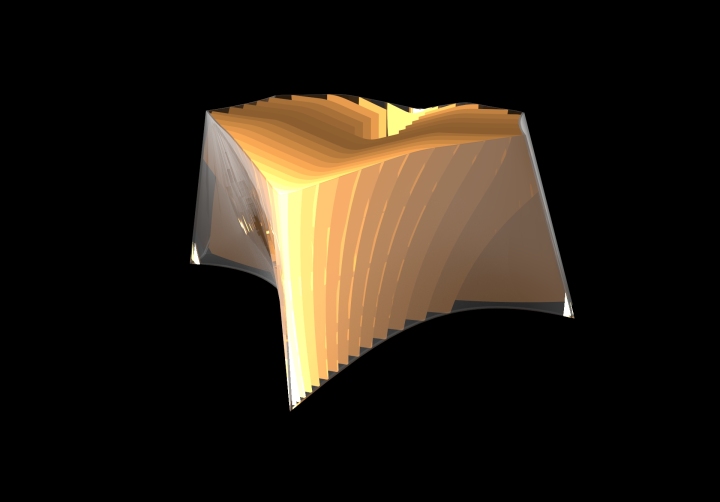 Until our next 3D printed adventure…

Tagged as: better mad than sad

One of the best ecwid e-commerce sites